THE ULTIMATE GOLF FEAT: JUNIOR BACKS UP ACE WITH ALBATROSS Julie Williams of Amateurgolf.com wrote this story on July 18, 2018

HALIFAX, Mass. (July 18, 2018) – It took three golf swings for Conor Kelly to go from everyday junior golfer to social-media sensation. Playing in the AJGA Junior Golf Hub Championship at the Country Club of Halifax (Mass.), Kelly accomplished the rarest of golf feats. The 16-year-old from Bangkok, Thailand followed a hole-in-one with an albatross.

That’s right, 5 under in two holes. No wonder he pulled golf fans out of their Open Championship stupor and into the world of junior golf.

Kelly’s ace came on the 198-yard eighth hole at Halifax. He hit a 5-iron, purely, for his first hole-in-one.

“I didn’t see it go in, but when I walked up and saw it in the hole, it was a good feeling,” Kelly told Golfweek.

Then it was onto the 480-yard, par-5 ninth. Kelly’s drive went 220 yards and left him a 4-iron into the green. He holed that, too. Originally, Kelly said to Golfweek, he thought it might be in a bunker short of the green. Turns out it was in the hole. 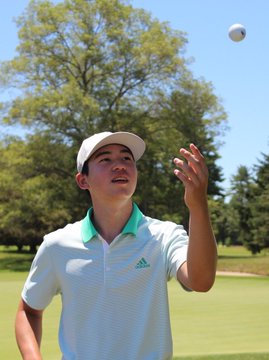 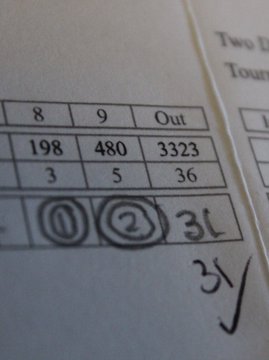 Is this the greatest feat in golf history?!

For good measure, Kelly birdied the 330-yard par-4 10th to start the back nine. All of a sudden, Kelly found himself at 6 under for the round. He finished with 5-under 67, a far cry from his opening 81. Kelly, who will graduate from high school next spring, tied for 17th in the event.

While there have been rounds that have included an ace and an albatross before, doing it back to back is more than unusual. A little over a year ago, European Tour player Tyrrell Hatton tweeted that he had done it in a recreational round.

Don’t think il ever do this again….
Holed a 4 iron, first ever albatross, next hole par 3, holed my 8 iron.
Back to back hole outs

Still, Conor Kelly deserves more than his 15 minutes with this accomplishment.